Send Flowers and Gifts back home to SA

Transfer or Convert Your SA Pension or Annuity

Kevin Anderson remains unbeaten at the ATP Finals in London after beating Kei Nishikori of Japan 6-0 6-1 in only 64 minutes in his second round-robin match.

However, due to Roger Federer’s straight sets win over Dominic Thiem in Tuesday’s second singles, Anderson still isn’t guaranteed his place in the knockout stage.

The South African expat served a solid and strong persistent performance, and kept focus from the back of the court…. with strong support from his South African fans in the crowd. After the match, Anderson tweeted: “Loving the support at @TheO2 🇿🇦👌 See you again tomorrow!”

The 32-year-old got 78 percent of his first serves into court, he didn’t face a single break point, and was rushing Nishikori throughout.

‘It’s what it’s about these days,’ Anderson said after the match. ‘If you’re playing your tennis and stop your opponent playing their tennis and getting too comfortable, that’s what gives you the advantage. And when I can stick to my own game it definitely makes it harder for my opponent, regardless who they are, and I feel like I’ve done that really well, especially today.’

Anderson will faced Switzerland’s Roger Federer in his final group match. With Federer having beaten Thiem 6-2 6-3, it means Anderson has two wins in the group while Federer and Nishikori have one each, with all four matches finishing in straight sets.

Kevin Anderson made a donation to the Californian fire department and humane society. 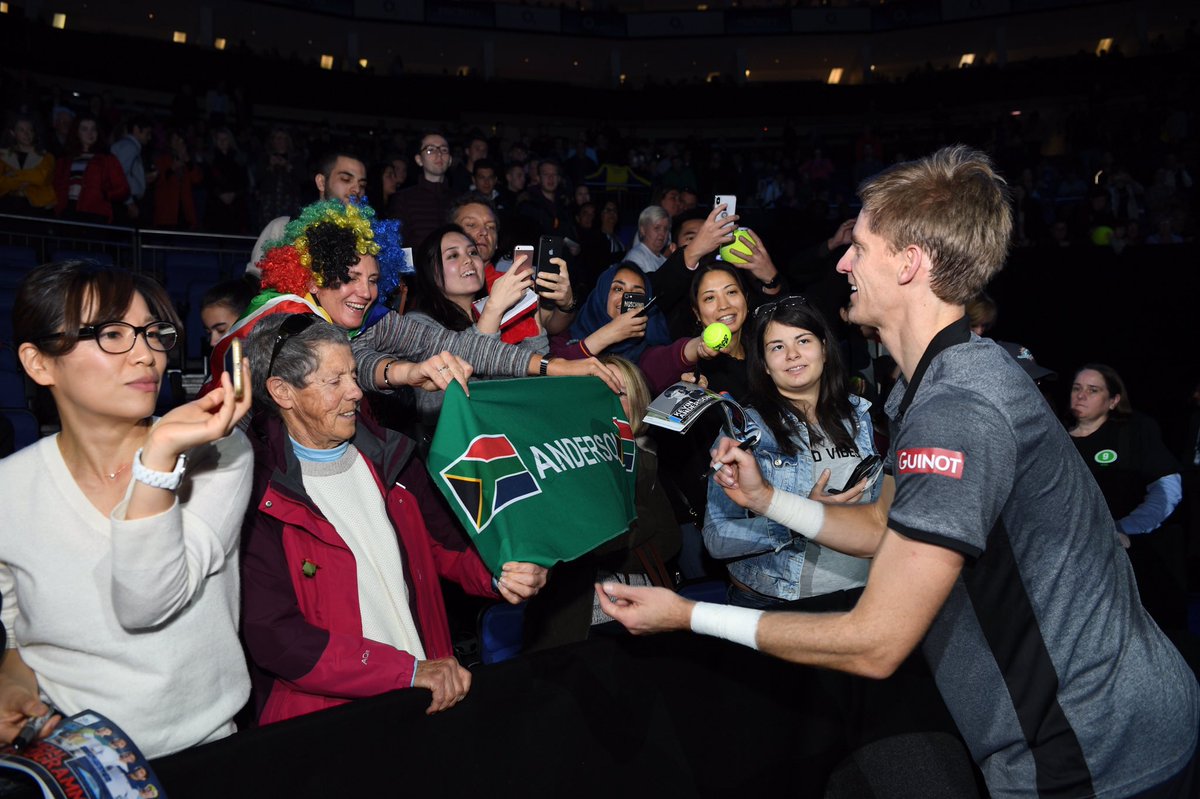 Would you like to advertise on this very popular website ?? Just drop me an e-mail at tersia@v.co.za, and I will tell you how !!

This site uses Akismet to reduce spam. Learn how your comment data is processed.